Setting the Stage with Your Challenge Champion 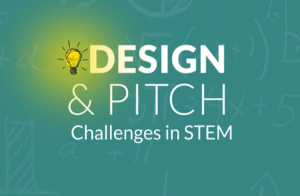 Is LeBron James a better basketball player than Michael Jordan? Is Chinese food better than Tex Mex? In today’s internet world, data on people’s opinions are highly prized. One way to figure out those opinions is to ask people to complete surveys where they rate or rank their favorites and figure out how to use those results to create an ordered list of people’s top choices. The way they figure out the final ordered list of favorites is to create formulas that put together those answers in an automated process. That process is called an algorithm.

How one carries out the algorithm on the data is objective because it is a well-defined set of combination of computations. But the way the algorithm was built to weigh some characteristics as more important than others is not objective — the values of the designer of the algorithm come into play. In the case of basketball players, do you value their scoring more or less than their rebounding? In restaurants, do you like rice with your meal or prefer tortillas?

*Weighted Categories: Algorithms often assign “weights” to categories depending on how important they are to the builder of the algorithm. For example, suppose you were building an algorithm to decide where to live when you graduate from college. You might care more about the average temperature of the city than the size of the city. You can use weights so that average temperature has a larger impact on the ranking than population. Explore the interactive spreadsheet Building an Algorithm Worksheet to see examples of algorithms that use weighted categories.